Growing up, we were not taught enough about the history of our nation


Bangladesh’s history of liberation is marked by a series of constant challenges to unity. While the nation grappled with its own sense of identity, in 1948, soon after Partition, language became the first banner that the Bangladeshi people united under.

West Pakistan’s (now Pakistan) order of enshrining Urdu as the only national language of both West and East Pakistan sparked a flame that lit the way to our liberation in 1971.

OP-ED: The horrors of the past 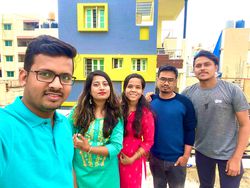 সৈয়দ ইশতিয়াক রেজা
জাগো নিউজ ২৪
২৩ ঘণ্টা, ৩৯ মিনিট আগে
We use cookies to ensure you get the best experience on our website.