Atletico dropped points for the first time since losing to Real Madrid on Dec. 12 but now have 51 from 20 games and lead second-placed Barcelona and champions Real, who are third, by eight points with a match in hand on both teams.

Atletico were missing six players due to COVID-19, including record signing Joao Felix, and they fell behind in the 13th minute to a well worked goal from Celta when Santi Mina ghosted into the box unmarked to turn home a cross from Hugo Mallo. 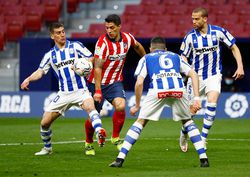 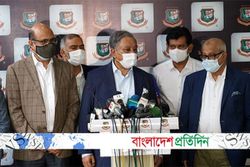 Lewandowski thanks ‘great support’ of wife এনটিভি
১ ঘণ্টা, ৪১ মিনিট আগে
We use cookies to ensure you get the best experience on our website.