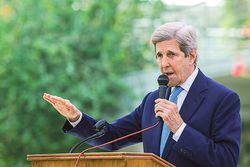 ED: We need to be ready

OP-ED: We need a government

OP-ED: A farewell to cricket

Kamal Ziaul Islam: A legend in his own time

Can Biden save our planet from overheating? Column by Mahfuz Anam: We used to have such elections, once