Iranian police have seized 7,000 computer miners at an illegal cryptocurrency farm, their largest haul to date of the energy-guzzling machines that have exacerbated power outages in Iran, state media reported on Tuesday. In late May, Iran banned the mining of cryptocurrencies such as Bitcoin for nearly four months as part of efforts to reduce the incidence of power blackouts 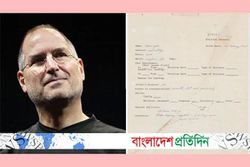 ফিনান্সিয়াল এক্সপ্রেস
২৩ ঘণ্টা, ৪৭ মিনিট আগে
We use cookies to ensure you get the best experience on our website.