Conscious citizens were appalled after seeing the photos of chopped branches and logs in Suhrawardy Udyan after several mature trees of the park were cut down as part of an ongoing government undertaking—the Independence Monument Construction (Phase III) Project. According to government officials, sculptures, an underground car park, food kiosks, walkways, a children's park, a water body, and a mosque will be constructed on this historic site under the project. Several large trees, some of which were planted nearly 50 years ago, were chopped down recently in order to make room for these food kiosks and walkways. 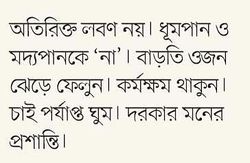 At least four Palestinians killed in Israeli raid on Jenin