A gunman opened fire at a birthday party in Colorado, slaying six adults before killing himself Sunday, police said. The shooting happened just after midnight in a mobile home park on the east side of Colorado Springs, police said. Officers arrived at a trailer to find six dead adults and a man with serious injuries who died later at a hospital, the Colorado Springs Gazette 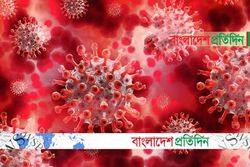 ডেইলি স্টার
১ ঘণ্টা, ৫৩ মিনিট আগে
We use cookies to ensure you get the best experience on our website.