Detectives in Lalmonirhat today arrested the principal of a madrasa under the Digital Security Act (DSA) for allegedly distorting a picture of Prime Minister Sheikh Hasina and Indian Prime Minister Narendra Modi on Facebook. Zahidul Islam (33) was arrested this morning from his house at Marichbari village of Bhelabari union in Aditmari upazila of the district. He is the India sets yet another world record for daily virus cases 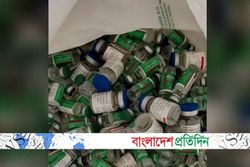 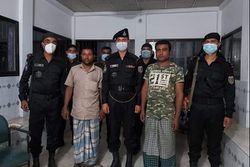 বিএসএস নিউজ
৫৩ মিনিট আগে
We use cookies to ensure you get the best experience on our website.