AC Milan scored three times in five astonishing second-half minutes as they hit back from two goals down to beat visiting Serie A leaders Juventus 4-2 on Tuesday, the first points dropped by the Turin side since the season restarted last month. Juve appeared to be cruising to another win when Adrien Rabiot put them ahead with a solo goal two minutes after the break and

Europa League no longer a consolation prize for European giants

Setien: Too soon to discuss future 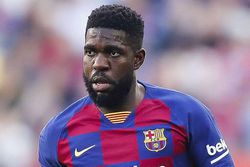 আরটিভি
১ ঘণ্টা, ৪৭ মিনিট আগে
We use cookies to ensure you get the best experience on our website.