AS Roma defender Chris Smalling was robbed at gunpoint by burglars who broke into his home in Rome in the early hours of Friday, a source close to the matter said. Smalling's wife, son, mother and another family member were also in the house situated off the ancient Appian Way south of the city, according to the source. 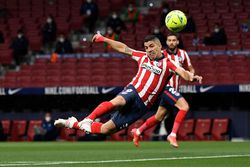 প্রথম আলো
৩ ঘণ্টা, ৪৩ মিনিট আগে
We use cookies to ensure you get the best experience on our website.