Barcelona coach Ronald Koeman said he was badly affected by the arrest of former President Josep Maria Bartomeu and called the man who hired him as manager an "exceptional person", while conceding the case was damaging for the club's reputation. Bartomeu, who hired Koeman last August but resigned in October to avoid facing a vote of no-confidence, was detained on Monday along

Pakistan players to be granted visas for T20 WC in India 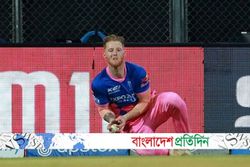 ডেইলি বাংলাদেশ
১ ঘণ্টা, ২৯ মিনিট আগে
We use cookies to ensure you get the best experience on our website.