Facebook will restore Australian news pages, ending an unprecedented week-long blackout after wringing concessions from the government over a proposed law that will require tech giants to pay traditional media companies for their content.  Both sides claimed victory in the clash, which has drawn global attention as countries including Canada and Britain consider similar steps

WHO urges UNSC to back words with action on vaccines 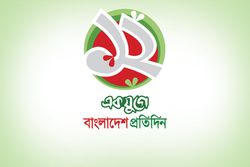 বাংলাদেশ প্রতিদিন
৭ ঘণ্টা, ৮ মিনিট আগে
We use cookies to ensure you get the best experience on our website.