Malaysian Prime Minister Muhyiddin Yassin's ruling party on Thursday terminated the membership of his predecessor Mahathir Mohamad, a move widely seen as an attempt to consolidate power as he faces a possible challenge to his nascent premiership. Mahathir, 94, had said he would seek to oust Muhyiddin from office for making a "backdoor arrangement" that brought back into power 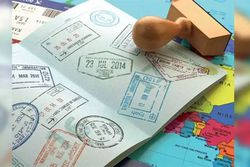 ডেইলি বাংলাদেশ
৫৯ মিনিট আগে
We use cookies to ensure you get the best experience on our website.